Robbie Henshaw: The Mole’s Irish player of the tournament and a serious international at this stage of his career. Henshaw rarely looks flustered and relishes physicality. For years, Connacht had no representation on the Irish team but investment in the traditional Cinderella province of Irish rugby has always made sense as it provides another opportunity for professional players to compete. END_OF_DOCUMENT_TOKEN_TO_BE_REPLACED

Steve Hansen was right: New Zealand didn’t play that well in the Christchurch test. Some of that was forced on them by an aggressive, hard-nosed Irish performance, but they also made a number of unforced errors. Ireland didn’t perform cleverly or with the required level of concentration and aggression in a number of areas in the Auckland test [especially after the first half hour] and as a result handed New Zealand not just the result, but also the big performance. England caved in a similar way in Lansdowne Road in 2011, and let Ireland play close to their potential.  END_OF_DOCUMENT_TOKEN_TO_BE_REPLACED 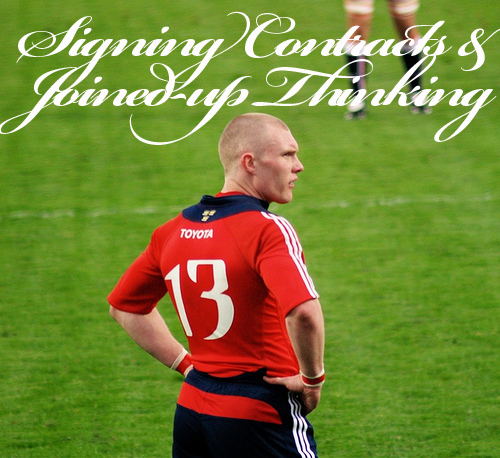 Ivan Dineen’s blistering performance when allowed off the bench against the Scarlets was an enjoyable feature of a mistake-ridden game and hugely encouraging for fans of the player. To describe Dineen as a peripheral figure over the last two seasons is to do injustice to those peripheral figures in the Munster squad … in truth, with just one start in his Munster career [and that coming a full eighteen months ago] he had more or less slipped off the radar entirely. END_OF_DOCUMENT_TOKEN_TO_BE_REPLACED

Tommy Bowe: with five tries in three matches so far, he's giving Ryle Nugent every chance to roll that name out with abandon.

The first one may have been a gift, but Bowe’s second try was a thing of beauty born of a turnover in the Irish half and two key attacking decisions. It certainly qualifies as playing rugby in your own half … but probably ‘just enough’, rather than ‘too much’. END_OF_DOCUMENT_TOKEN_TO_BE_REPLACED

Obviously the Professionial Contracts Review Group [PCRG] of the IRFU answers to no-one, because if it did, they’d have a hard time covering up some of their recent decisions. END_OF_DOCUMENT_TOKEN_TO_BE_REPLACED 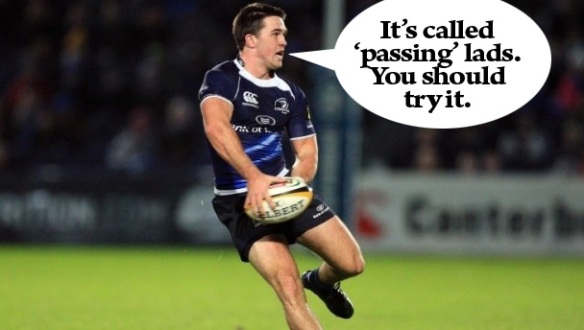 Eoin O'Malley doing that thing that he does ... what's it called again?

Eoin O’Malley didn’t start against either Munster or Montpellier. Fergus McFadden was chosen in the No13 jersey for those games in the absence of Drico, and while he didn’t set the world alight, he certainly had his moments. There’s every likelihood that he would have started the HEC fixture against Glasgow if he hadn’t injured his leg. As it went, O’Malley got the start and grabbed his chance with both hands … and then passed it. END_OF_DOCUMENT_TOKEN_TO_BE_REPLACED 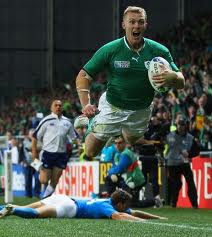 I wanna be a superstar

Tommy Bowe: Could have put a nail in Australia’s coffin with a flourish if he hadn’t missed the summer through injury as he looked to tie up in the last few yards. Or he could have put in a cross kick. Bowe caused the Welsh a bit of trouble and was denied two tries against the Italians by dodgy refereeing decisions. END_OF_DOCUMENT_TOKEN_TO_BE_REPLACED

Declan Kidney has mixed up his selection for the game against Russia, but has stopped a long way short from naming a second-string side. END_OF_DOCUMENT_TOKEN_TO_BE_REPLACED 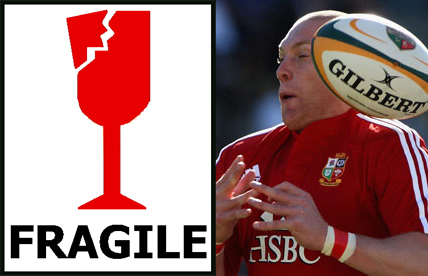 Keith Earls was shown up in a huge way very early in the game, and while he fought to come back into it, he’s a somewhat fragile player who isn’t responding well to being moved around in position. END_OF_DOCUMENT_TOKEN_TO_BE_REPLACED