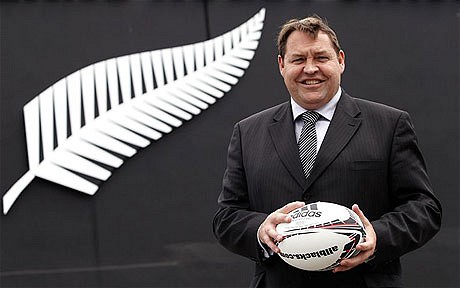 Steve Hansen, NZ head coach: he’s been around the set-up for a long time, and he has previous experience as an international head coach with Wales. With so much emphasis on the All Blacks winning their home World Cup, there was always going to be an odd honeymoon period afterwards once they took the William Webb Ellis trophy, but his first squad is a bit of a shake-up.

The New Zealand All Blacks have picked a 35-strong training squad to prepare for the forthcoming visit of Ireland for a three match test series in June, and it’s pretty interesting to see the turnover of personnel since their victorious World Cup. END_OF_DOCUMENT_TOKEN_TO_BE_REPLACED

'Hey Salvatori! Why you-a no sing-a wid-a yo accent no more?"

Just as is the case with Ireland, group opponents Italy aren’t firing on all cylinders in the run-up to RWC11. Grand, we’ve lost four in a row, but sneaking a home win over Japan? Is that really any better? END_OF_DOCUMENT_TOKEN_TO_BE_REPLACED

Don't have a maté, it's absolutely rank. It tastes like wet dog.

To most, the Pumas were the surprise package of the last world cup, beating the hosts France [twice] and a highly-touted Ireland along the way to a third-place finish. They were magnificent in that tournament, playing a pretty limited but extremely physical brand of rugby that was occasionally lit up by some fantastic performances from their talented backs. END_OF_DOCUMENT_TOKEN_TO_BE_REPLACED

“Clouseau is the bumbling and incompetent police inspector of the French Sûreté, whose investigations are marked with chaos and destruction that he himself largely causes. Regardless of his rather limited ability, he successfully solves his cases and finds the correct culprits, even if this success is achieved entirely by accident.” END_OF_DOCUMENT_TOKEN_TO_BE_REPLACED

In the 2007 Super 14 season, the Queensland Reds were brutal. They finished ten points adrift at the bottom of the table with two wins, the lowest in the competition, the second lowest points scored tally and the worst defensive record. In the final match of the season, the Blue Bulls beat them 92-3. Amidst all this mediocrity, James Horwill ran about the place making tackles, hitting rucks, carrying the football and sticking out like a sore thumb. Many of the Reds squad mentioned him as their favourite team mate, highlighting his enthusiasm. He earned the soubriquet ‘Big Kev’, named for an Australian entrepreneur who promoted his own cleaning products with the catchphrase “I’m Excited”. This season, the Queensland Reds, under Horwill’s captaincy, finished top of the log and beat the Crusaders in the final. James Horwill is a champion.
END_OF_DOCUMENT_TOKEN_TO_BE_REPLACED 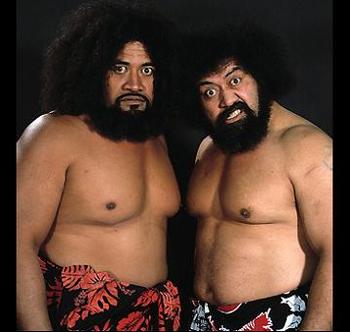 "There's a ball in this game?"

Samoa are coming into this competition on the back of a dominant win against a half-strength Wallaby side in Sydney, a defeat that ended a lot of Australian players’ world cup hopes before the Tri-Nations had even kicked off. END_OF_DOCUMENT_TOKEN_TO_BE_REPLACED 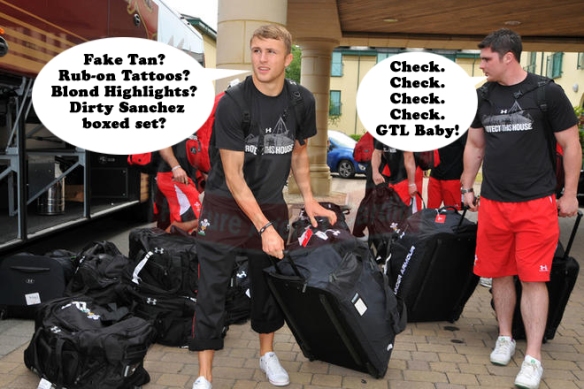 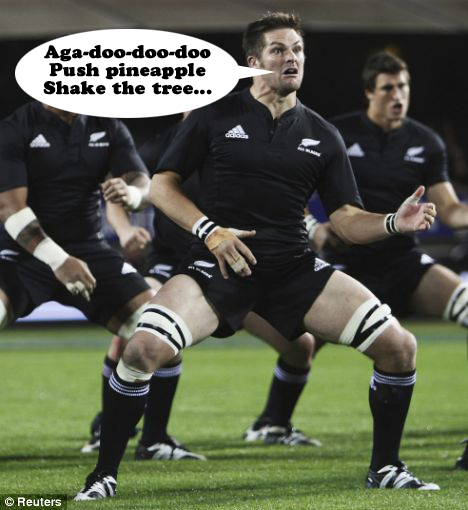 Graham Henry has named his squad, and the most striking news is that neither Sitiveni Sivivatu nor Hosea Gear are in it. As mentioned in the match review of the recent SA vs NZ test from Port Elizabeth, New Zealand have an absolute rake of top-quality wingers who would find a place in the starting line-up of many other teams in the world cup – the two lads join ‘Walk Away’ Rene Ranger, Joe Rokocoko and Lelia Masaga at poolside, or possibly in one of those big Auckland bars like the one that’s in the start of Once Were Warriors. If Uncle Bully tries to do a runner again, he’s not going to get very far. END_OF_DOCUMENT_TOKEN_TO_BE_REPLACED 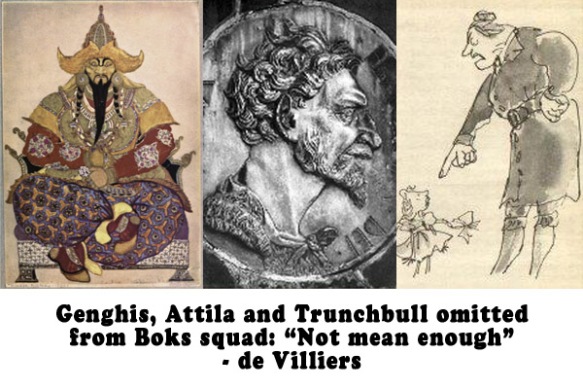 Colour me shocked: Pieter de Villiers has gone and picked very close to the best South African squad available to him. There’s an argument for the inclusion of the crafty Adie Jacobs over the more athletic Juan de Jong, and maybe the untrammeled running ability and pace of Lwazi Mvovo over the experience of Odwa Ndungane, but they’re very close calls. Likewise Flip van der Merwe’s youth and aggression gave him a good shot, but de Villiers has opted instead for the lineout skills and leadership that Ulster’s Johann Muller brings to the cause.

Tri-Nations underperformers Ashley Johnson, Jean Deysel and Deon Stegmann are all axed from the backrow to make way for the return of Schalk, Heinrich Brussouw and somewhat surprisingly, Bath-bound Albert Louw. Juan Smith had to withdraw from selection last week due to his failure to sufficiently recover from injury, and while a player of his calibre would be a loss to any team in international rugby, it could mean that we see Schalk take on the South African No7 blindside jersey [they just had to be different] in a Brussouw/Burger/Spies backrow that looks very tasty. Then again, the wrecking-ball qualities of the Sharks’ Willem Alberts might well be employed on the blindside, or ironman Danie Russouw – who started all three of South Africa’s knockout wins in their successful RWC07 campaign at No8 – could be called into play, in what is an area of tremendous depth for the Boks. END_OF_DOCUMENT_TOKEN_TO_BE_REPLACED 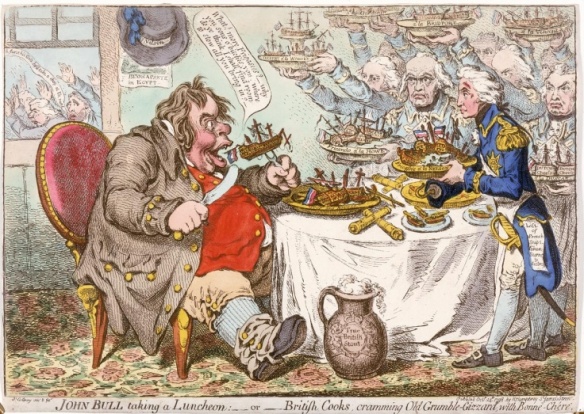 Traditionally, England’s biggest problem is a media driven, merry-go-round approach to selection. Until Geoff Cooke became manager in 1987, Fleet Street delighted in throwing up names for selection and shooting them down once the new blood failed to gel. Cooke introduced a cleft chinned Will Carling as his captain and built a team around a bunch of big coppers. END_OF_DOCUMENT_TOKEN_TO_BE_REPLACED