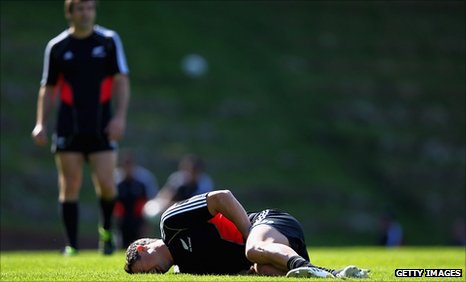 The great Dan Carter is in doubt for the quarter-finals

Frans Steyn is apparently out of the World Cup. Steyn’s return to the No12 jersey during this World Cup was a revelation. It’d be obviously incorrect to say that the centre partnership of de Villiers and Fourie lacks physicality, but the strength that Steyn brings to the role, the amount of go-forward ball he generated and the unorthodoxy of his ridiculous gamut of skills gave the Springbok midfield something the Mole didn’t even realise it was lacking. END_OF_DOCUMENT_TOKEN_TO_BE_REPLACED

This was a belter of a game in what has been a very good World Cup. Samoa arrived to North Harbour needing to win to have any hope of going through to the quarter finals. South Africa has stuttered against Wales but PdV seemed to have settled on his strongest team and selected it for the match against the Islanders. END_OF_DOCUMENT_TOKEN_TO_BE_REPLACED

The corresponding fixture in the last World Cup was a belter of a game, played on a sunny Marseille afternoon. South Africa won 37-20 en route to their second World Cup but with the scores tied at 20-20 after an hour, every neutral was willing the islanders to an unlikely victory and wishing that Caucau was playing. END_OF_DOCUMENT_TOKEN_TO_BE_REPLACED 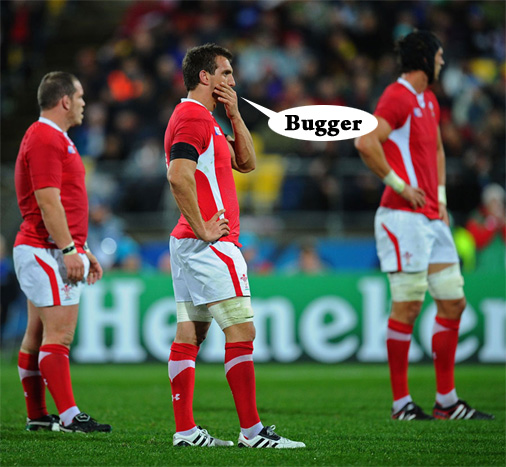 When the Mole is wrong, boy is he wrong. The Welsh tore into the South African pack from early on in the game until about the hour mark, and were the dominant team for much of the match. END_OF_DOCUMENT_TOKEN_TO_BE_REPLACED