Ryan Caldwell tries to find the 'Off' button on Jonny Sexton

Over the last three seasons since Leinster have established themselves as European big hitters, their trips to England have always been tight games. There was the 25-23 victory over Saracens in Wembley last year, the 11-11 draw with London Irish in Twickenham at the end of January 2010, the 6-5 win over Harlequins [the infamous ‘Bloodgate’ game] in the 2008-09 quarter final in The Stoop, and a 12-19 loss to London Wasps in January 2009 in Twickenham. Games against English teams have long been tight affairs, and Sunday’s 18-13 win over Bath continued the trend.  END_OF_DOCUMENT_TOKEN_TO_BE_REPLACED

During Matt Williams’ time in charge of Leinster, the Women’s Auxiliary Balloon Corps revolted. If memory serves correctly it was in the lead up to a Heineken Cup semi-final against Perpignan and was one of the reasons that Leinster and Williams parted company. The WABC was composed of squad players who held tackle bags for the Galacticos but never got selected ahead of the established stars. END_OF_DOCUMENT_TOKEN_TO_BE_REPLACED 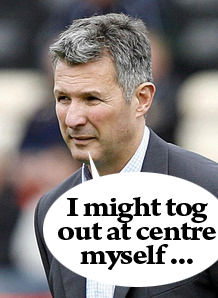 There’s no doubt that Sean Lineen, coach of the Glasgow Warriors, would have been delighted by the outcome of the first Heineken Cup Pool game last weekend. A home win is almost essential to further progress in the competition, but this is particularly true when your December back-to-back games are against a team who finished runners-up in the prestigious Top 14 competition in France less than 6 months ago. END_OF_DOCUMENT_TOKEN_TO_BE_REPLACED

You wouldn't force your worst enemy to watch this game twice

Every sports league in the world provides a few games that fans would pay to miss. Llanelli hosted Leinster on Saturday for their 5,000 game and it’s probable that few have been worse. END_OF_DOCUMENT_TOKEN_TO_BE_REPLACED