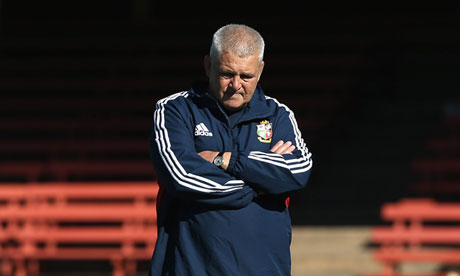 Gatland has difficult choices ahead of him in terms of filling the backrow positions for the first test … but he’ll probably have even more sleepless nights over the same issue before the second test.

Judging by how Warren Gatland has been selecting his Lions teams thus far, there’s a strong chance that the lad who played the least rugby of anybody in the squad during the 2012-13 regular season [a mere 584 minutes, and all of them in the Pro12 for a perennial basement outfit] could be the first name on the teamsheet for the most important game of the tour.  END_OF_DOCUMENT_TOKEN_TO_BE_REPLACED