This book reminded me of the Rothmans annuals that used be published every year and were the reference bibles for rugby union. END_OF_DOCUMENT_TOKEN_TO_BE_REPLACED

I was presented with a copy of Tom English’s book No Borders and asked for my thoughts and here they are. END_OF_DOCUMENT_TOKEN_TO_BE_REPLACED

Eddie is Establishment now but the Randwick man got his big break coaching the upstart Brumbies. The great Rod MacQueen had laid the foundations for a team originally composed of discards from Queensland and NSW. Innovation comes from the margins.

The RWC being hosted so close to home meant that I was bound to travel, particularly with the previous edition being in NZ and the next in Japan. I decided that Cardiff would be the most likely destination for Ireland to see some decisive action and booked the necessary for the France game and both quarters. END_OF_DOCUMENT_TOKEN_TO_BE_REPLACED 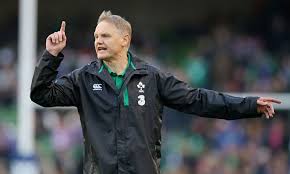 Kinda looks like 1/4. And keeps up our teapot theme for this review.

This was the Joe Schmidt show and because of that a lot of people hoped for the best. The Kiwi seems an intense, genuine man who cares about what he does and who has a lot of integrity. Riding shotgun with him were Les Kiss, the affable Aussie headed to Ulster and Simon Easterby, the Yorkshireman with sixty five caps for Ireland. END_OF_DOCUMENT_TOKEN_TO_BE_REPLACED

Ireland brought only two scrum halves to this tournament and a third choice outhalf who played very little even in the event of the incumbent getting injured. The national inability to produce international quality scrum halves with any sort of consistency is a mystery to me. Of the twenty scrum halves selected for the last seven Lions tours, only two were Irish and Tomas O’Leary got injured before he could travel.

END_OF_DOCUMENT_TOKEN_TO_BE_REPLACED 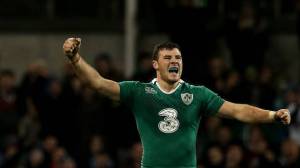 Robbie Henshaw: The Mole’s Irish player of the tournament and a serious international at this stage of his career. Henshaw rarely looks flustered and relishes physicality. For years, Connacht had no representation on the Irish team but investment in the traditional Cinderella province of Irish rugby has always made sense as it provides another opportunity for professional players to compete. END_OF_DOCUMENT_TOKEN_TO_BE_REPLACED

Tommy Bowe: Probably one of, if not the most, popular players on the team, and one of the most accomplished. Beside being the second highest test try-scorer in the history of Irish rugby – behind only Brian O’Driscoll – Bowe is also a five test Lion, a double IRUPA Player of the Year [2008 and 2010] and a former Six Nations Player of the tournament [2010].

END_OF_DOCUMENT_TOKEN_TO_BE_REPLACED

A comment I saw recently that I really liked was “We still obsess about ‘ball carriers’ instead of ‘ball players'”. This back row selection paled by comparison with the original 2011 selection of O’Brien, Heaslip, Ferris, Leamy and David Wallace (who of course missed out through injury). They didn’t lack for effort but couldn’t bring the same impact as that quintet in their pomp. END_OF_DOCUMENT_TOKEN_TO_BE_REPLACED

Paul O’Connell: hugely missed by the team against Argentina, the captain will be hugely missed by every Irish rugby fan when the Six Nations rolls around. It’s not that I’m predicting we’ll go to pot without him there, it’ll just be really odd to go to Lansdowne Road with the knowledge that he won’t ever be back on the pitch in green.

The row was a young man’s game in this tournament; the oldest of the starting locks at the semi-final stage was the 27 year old Whitelock, a player for whom The Mole has had a special regard ever since he was the only All Black not voted into the New Zealand Herald’s RWC11 ‘Team of the Tournament’ by the paper’s readership. The 38 year old Victor “Matlock” Matfield sought to scourge the young ‘uns from the bench as Ireland bid au revoir to one of its favourite sons. END_OF_DOCUMENT_TOKEN_TO_BE_REPLACED

Is the RWC the be all and end all? No it’s not – but it’s a useful benchmark, amongst other things. I shake my head sometimes at the Ghosts of World Cups Past that haunt every step of the tournament and what inferences can be drawn from some coincidental detail. Cup rugby is unforgiving because it’s knock out: so one bad game, an unsympathetic referee, a series of unfortunate injuries, and you’re out … with no shot at redemption. END_OF_DOCUMENT_TOKEN_TO_BE_REPLACED