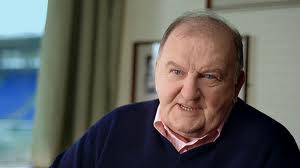 There's a six in the morning? Sky Plus baby!

St Declan’s selection for this match indicates what the warm up matches were for and contrasts him with the witless Lièvremont. In many regards, this team is the one that played in Bordeaux against France and the changes are indicative of Kidney’s interpretation of his squad’s form.

Cronin plays instead of Best as hooker number two. Buckley starts at tight head, suggesting that Mike Ross needs the rest and that the coaching staff want him on the pitch for as long as possible in big games. Heaslip lines out at 8 in place of Leamy. Heaslip hasn’t hit form in the tournament and won’t do it without games. Thankfully he’s managed to stay out of the papers at the same time. Tweeting is OK when you’re in form but best to keep a low profile otherwise. Boss is the squad scrum half utilised in place of Reddan, O’Leary having dropped away completely and McFadden comes in at left wing in place of Luke Fitz.

Ireland’s job in this game is to win and get a bonus point which should be straightforward. Many of the Tier two and three nations put in great displays in the first round of matches. However, the lack of depth in the squads combined with arduous schedules means that there have been bigger scores put up as the tournament has progressed. Russia played against Italy on Tuesday and have a five day turnaround here. They make 8 changes and their inexperience of playing together will count against them.

Comeback Kid Ronan O’Gara is sure to punt Ireland into advantageous field position while O’Brien, Cronin and Heaslip will be entrusted with the ball carrying. Flannery’s injury has bumped Cronin up the ranks. It hasn’t quite happened for him yet at the top level but Cronin’s a good ball carrier and the atmosphere in the squad seems to be positive so hopefully tomorrow is a breakthrough game. Trimble was Ireland’s best player in August and gets a chance to shine here. Superstar Keith Earls hasn’t recaptured last season’s form and the left wing berth is up for grabs. The much maligned Paddy Wallace is a fine footballer and good squad member. Mole hopes that he goes well and makes things happen.

The bookies make this a 52 point game. Gaffney coached backlines tend not to rack up the points and the weather forecast is for rain so this might be a tall order. If you’re looking for a bet, back Sean Cronin to score a try at 11/5. He’s 14/1 for a brace.