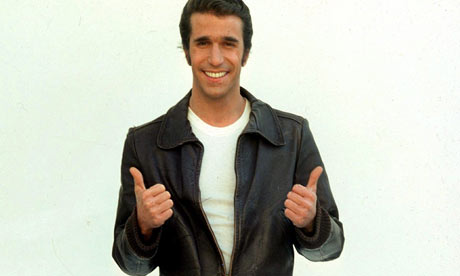 The Mole may have mentioned before that he’s a big fan of Off The Ball, and especially their rugby coverage. Last night saw Denis Hickie and Matt ‘Mattie’ Williams give their opinion on the stalling – breakdown? – of Luke Fitzgerald’s contract talks with the IRFU.Very few people like talking about the amount of money they earn [and those that do are generally hard work] so The Mole has some sympathy for Fitzgerald that this has gone public, and in that respect echoes Hickie and Williams’ viewpoints on the matter.

However, there are definitely two sides to every story, and while it’s always tempting to come down blindly on the side of the player [be it against a coach, a manager or a faceless institutional behemoth like the IRFU] – after all, the players are the ones who get the results on the pitch, who actually go out and play the game that you’re watching and enjoying – it’s worthwhile trying to see the other side’s point of view.

The IRFU is operating in a difficult commercial climate, just like any other business in Ireland. It has to try and cut costs where it can, because they have an enormous shiny new stadium that they have to pay off and companies are throwing around sponsorship money less freely than they did in the past. The ticket pricing policy that their repayments would initially have been based on was an absolute disaster, and while the provinces have contributed their end with some big pay-days from European competitions, the national team hasn’t exactly been pulling its weight as a money-earner on the pitch, with disappointing performances in three straight Six Nations championships. 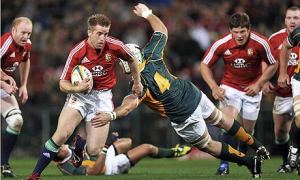 Fitzgerald back in 2009 as a 21-year old Lion. He has seen some tough times since then, with several notable injuries, missed tournaments and a severe slump in form. For a guy who had a super-smooth ascension to the professional ranks and was always marked out as a future superstar, the slings and arrows of outrageous fortune have come as a huge surprise, and while he hasn't made too many big errors of judgment, he's made a few small ones.

This isn’t 2009, and Luke Fitz isn’t the golden child of Irish rugby anymore. He had a horrendous injury early in November 2009 and missed the guts of eight months of rugby. He had another bad injury in November 2010 and missed another two months, then proceeded to play like a drain for the rest of the season; he missed selection for the World Cup, but was playing well this season until he picked up another injury, and missed another two months, including the entire Six Nations campaign.

So, since the 2009 Six Nations, Fitzgerald has missed two out of three championships due to injury, and played poorly in the one in which he was fit. Two years after starting for the Lions in a vital test match, he didn’t make the Irish World Cup squad – and there were few enough murmurs about it. A harsh take would label him injury-prone and inconsistent.

Tomás O’Leary has already signed up for London Irish, and there’s strong speculation that Fitzgerald will be joining him there. However, there are clear differences between O’Leary’s situation and Fitzgerald’s situation. O’Leary plays a specialist position [and The Mole could do with less of this talk that he can play anywhere along the backline because he played winger for a while six years ago] and has fallen firmly behind Conor Murray, a player about five and a half years younger than him, both at province and at international level. He isn’t getting any quality gametime at Munster. He has started fewer games for Munster this season than Jamie Hagan has for Leinster, incidentally, and hasn’t made a single start in the Heineken Cup this season. His career has stalled in a huge way.

In contrast, Luke Fitz is first choice in Leinster, and has a wider array of positions open to him; this season alone he has started games at left wing, inside centre and fullback. Both Schmidt and Kidney allowed him to pursue his first choice position of fullback in 2009-10 [Kidney picked him at No15 against Samoa in 2010 when he was trying out fullbacks, with Rob Kearney and Geordan Murphy also getting their chance in that series of games] and to be honest, he didn’t really deliver for either of them. Schmidt showed faith in him and kept on picking him on the left wing through some genuinely miserable form, even though he was butchering chances and leaking tries.

Besides that, for a guy who pressed his claims for the No15 jersey pretty hard, The Mole doesn’t think that he has a particularly rounded skill-set. True, he’s generally a good one-on-one tackler [although he was better pre-injury] but his kicking from hand is no better than ordinary for a back three player, he can’t place-kick, he’s never scored a drop-goal at professional level – compare that to RK’s big drop-goal against Munster earlier this season, or the steepler from just inside halfway that hit the post halfway up against England – and he’s not particularly assured under the high ball. Mistakes made on the wing in defense can be very damaging, because you’re usually isolated and a long way from help. You can be the last man back and cost your team huge territory, or you can be the widest man out and cost them possession. At the moment, Fitzgerald is still making too many mistakes.

Fitz could well end up as a centre, but his passing still leaves a lot to be desired. He has been a professional for six years at this stage, and there’s been nothing more than incremental improvement in it. Now, he’s a hell of a broken field runner, and as I’m sure most people have noticed, the vast majority of his best breaks since his return have come up the middle of the park rather than the flanks. The Mole thinks he has lost a bit of top-end speed since his knee-surgery, and that centre might well be a better fit for him rather than winger. Think of it: a Fitzgerald-Earls combo in the middle of the pitch would be worth a look on the tour to New Zealand, even if Fergus McFadden is a more deserving candidate.

Fintan Drury is regarded as a canny operator and a hard charger, but Fitzgerald would be mad to take his brinksmanship all the way. A central contract offer from the IRFU is tantamount to selection – just ask Donncha – and turning one down is the next best thing to asking not to be considered for selection.

It’s a matter of record that Fintan Drury is Fitzgerald’s agent, and [with apologies to Frankie] he’s probably the most renowned rugby agent operating in the country.

However, he doesn’t seem to be doing a particularly good job for his client. Moving to London Irish would be career suicide: it’s moving from the best team in Europe [where you’re a bolted-on starter] under one of the best backline coaches in the world, to a mid-table Premiership club who rarely trouble any trophies and play a stodgy brand of rugby … and who’ve just hired a heavily discredited attack coach in former English operator Brian Smith.

And why? To get a better baseline salary? Brilliant. Turning down a central contract [albeit a reduced one] to play for an average Premiership club is tantamount to saying that you don’t want to be considered for international duty. This isn’t Niall Morris heading off to Leicester [long the best club in England] because he can’t get gametime at Leinster and wants to improve himself. Fitzgerald could be a great asset to the Irish team if he finds his best form, but he has absolutely no leverage at the moment. Ireland aren’t all that stuck for wingers: Bowe, Trimble and Earls have been belting in the tries in his absence, and Simon Zebo, Dave Kearney, Craig Gilroy, Tiernan O’Halloran and Andrew Conway are all bubbling under nicely. His spell at fullback for Ireland saw performances range from the average to the very poor, and while centre might wind up as his best position, he has yet to make a real mark there.

The Mole’s advice? Go to the IRFU. Ask them to put the contract back on the table. Sign on the line that is dotted. Forget about money [because it’s enough] and concentrate on rugby.

17 thoughts on “He Is Not Fonz, And This Is Not Happy Days”