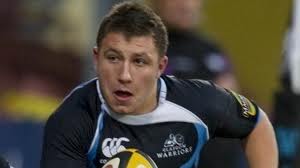 Better late than never! The Mole’s trip to Montpellier got in the way of blog writing last week so, one week in, it’s time to shine a light on players who should sally forth onto the big stage during this year’s Heineken Cup.

Visser came to prominence with Newcastle where he made a try scoring debut as a 19 year old. He couldn’t get a foothold in the team over the next few seasons and moved to Edinburgh where his career took off. A serial try scorer, Visser provides most of Edinburgh’s cutting edge, combining strength with pace and aggression. He hasn’t been resident long enough in Scotland to qualify for the national team but he will surely slot right in once he does. Had Visser been available for the last World Cup, the story may well have been different for Andy Robinson’s men.

Another man for whom the World Cup came too early is Glasgow outhalf Duncan Weir. Scottish rugby can no longer call on the size of playing base available to it in the 70s and 80s as the rugby aged demographic has declined. Consequently, there are less talented youngsters playing the game and less talented internationals available in certain positions. The Scottish rugby production line has specialised in producing world class scrum halfs and lamping second rows but there hasn’t been a top quality out half for a few years now. Weir is primarily a kicker but his physicality looked up to it in last year’s u20 World Cup and he has graduated to the Glasgow starting team this season. A footballer as much as a kicker, Weir will give Scotland a greater points scoring ability in 2012.

Doussain has already played in a World Cup final so he’s arguably not really coming from off the radar. However, most people would have asked who he was when called in to replace Skrela and been satisfied when they saw Toulouse beside his name. Captain of the French team that got to the semi finals of the u20 World Cup last season, Doussain is capable of playing outhalf and scrum half. Toulouse have signed Luke Burgess, Lionel Beauxis and Luke McAlister while Jean-Baptiste Elissalde  is still listed on their playing staff, despite retiring to the coach’s booth during the summer time. Doussain has it all to do in order to earn his first team place but his pedigree is impressive.

Ford was IRB World Junior Player of the Year in 2011 after leading England to the final of the Junior World Cup.  Ford was England’s youngest player in the competition and made his debut for the Tigers at the tender age of 16 in the LV= Cup. Ford struggled at the beginning of the Aviva season as Leicester were missing a lot of front rank players. He’s since gone behind Toby Flood in the pecking order but Ford is a technically excellent player with a wide range of skills at this disposal. In the Junior World Cup he varied his game extremely well and took a variety of options throughout the tournament. Son of current English defence coach Mike Ford, Georgie-Boy looks like someone who grew up dissecting the opposition on video.  The Mole expects him to rebound from early season disappointment and move Flood one out to first centre.

3 thoughts on “Ones to Watch – Heineken Cup”