Not an oul fellah in sight: Ben Youngs, Joe Launchbury, Peter O’Mahony and Cian Healy are four youngsters who will have big parts to play over the coming decade in these clashes. The torch has been well and truly passed in England, and Ireland have some catching up to do.

There are always a dozen good reasons why a team loses a relatively close match – invariably, some of them are to do with the other crowd playing well.

Some people have a tendency to go a bit bonkers in the wake of an Irish loss, especially an Irish loss to England. If it’s not the IRFU engineering their poorly thought-through NIQ protocol aimed at ensuring that “Twickenham will never happen again” – there are now non-Irish-qualified first choice tightheads at three provinces, rather than two – it’s bluffers on the internet saying that that was the worst Irish performance in years. It wasn’t.

This wasn’t a particularly difficult game to understand; repeated watching will tell you the same thing, not impart a cosmic understory to the initiated. The major reasons England won were:

Roberto Duran, the original Manos de Piedra or “Hands of Stone” – great for boxing, not so great for catching a slippy rugby ball.

Knock-ons suck the life out of a team, especially when they keep on occurring. It’s impossible to generate momentum, it’s difficult to stretch a defense through a number of phases and generate mismatches, it’s difficult to maintain a grip on territory and it’s obviously difficult to score tries. It should go without saying that you’re going to have problems winning a game with those hindrances, unless the opposition team is ludicrously indisciplined and gives away a lot of kickable penalties when they have possession of the ball.

One of the oldest saws in rugby goes that conditions are the same for both teams.  Sometimes you have to laugh, because if you’re playing Fiji or Australia in a November downpour in Dublin, they’ve practically no experience of operating in those conditions; while they might be “the same for both teams”, one team has a huge bank of practical experience to which the other just doesn’t have access. It’s like going to live in Alaska and having to listen to the Inuits take the piss for not knowing how to build an igloo. Go f*ck yerselves, Inuits.

… and the curious thing is that it looks like we had both written and read it. Ireland weren’t trying to play with width or putting in speculative passes or offloads; indeed, we were playing a fairly basic, conservative game that suited the conditions, but our execution of basic skills [doubtless made more difficult by the weather conditions and a hard-hitting English defense] was extremely poor. Jamie Heaslip and Mike McCarthy made the most high profile errors – each of them knocking on twice in open play – but there were plenty of mistakes to go around. While it’d be more frustrating to watch a team go out and mess up a bunch of times trying to play rugby that was totally unsuitable to the conditions, it’s almost as bad watching them botch a reasonable [if unimaginative] gameplan. 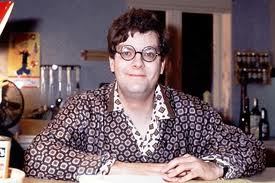 Kicking played a massive role in the game. All told, there were 101 kicks, easily more than one a minute … and The Mole has gone and documented them all in classic statto fashion; Sunday games and tryless losses will do that to a man. Bring out the paisley dressing gown and pour me a mug of strong tea.

Kicking game, second quarter [min 20 – min 40]. While in the first quarter of the match Farrell and Sexton dominated proceedings, Ben Youngs gets in on the act in the second quarter … and gets a bit lucky with an unforced error from Heaslip and a long box kick bouncing a hair’s breadth before the touchline.

Kicking game, third quarter [min 40 – 59]. A kick-heavy quarter, with the Irish halfbacks kicking 16 times in 20 minutes with very varied results: on the plus side, some great box kicks from Murray and Ireland’s only scores of the game from O’Gara, but counterbalanced by some really appalling line-kicking from penalties by the veteran outhalf.

Kicking game, fourth quarter [min 60 – min 80]. The endgame, with Owen Farrell knocking over two penalties from the left of the sticks while Brand Haskell is in the bin. It’s worth noting that in each of the first, third and fourth quarters, England fullback Alex Goode had an absolutely enormous 40m+ touch finder, two of them from marks taken on the edge of the 22. He wasn’t quite flawless, but he had an exceptional game.

While goal-kicking outhalf Owen Farrell won most of the plaudits as the architect of Ireland’s defeat, all three of England’s primary kickers – OH Farrell, SH Youngs and FB Goode – had very effective days with the boot.

Sexton was putting along relatively well, and a projection of his 30 mins worth of kicking would have him producing a performance very like that of Farrell. Conor Murray relied almost exclusively on his box-kicking – some of it was very good, others were far too long for any chaser to possibly reach. Unfortunately, Sexton’s replacement O’Gara had a poor day with the boot, especially by his high standards.

In comparison to a missed placekick, a short linekick from a penalty hardly ever gets more than a one-line mention or a throwaway note from the commentators … and yet it has a significant effect on the shape of the game. 10m or 15m gains are nowhere near good enough from a dead ball; even a 20m kick is inadequate. As we say in Mole Towers, “you could throw it further with your bad hand”. You need to be gaining 30m down the line, getting the ball into the opposition 22, establishing a good position for an attacking lineout  and putting their line under pressure.

At this stage of his career, ROG doesn’t have much to his game bar his kicking abilities, and while there was ballyhoo from the blowhard Hook [“the best defensive kicker in the world”] and a lot of encouraging noises from the commentary team of Ryle Nugent and Donal Lenihan about how Ireland couldn’t possibly have a better substitute than O’Gara given the conditions, an overview of his kicking game would conclude that it was below par. His entire display was predictable and underwhelming, though not quite as disastrous as some would make out.

How each of the team’s primary kickers faired on the basis of The Mole’s  subjective judgment – no room for argument there, so. Again, a √ signifies a good kick; a ≈ is a kick that’s neither particularly good nor bad; and a X – an X? – is a bad kick [click to embiggen]. There were no drop goal attempts, but if there were, they’d be like penalties – no points for trying [i.e. no wavy equals signs … you get the points and they’re good, you don’t get the points and they’re bad].

Good Table Manners In The Ref, The Prefects Are About

While England as a team kicked well, the outstanding aspect of their performance – despite the fact that they eventually conceded 14 penalties – was the discipline of their defense in their own half.

This one’s for you, Pa: Owen Farrell and Head Boy Chris Robshaw smash Ronan O’Gara in midfield. The Welsh coaching team drew up the blueprint for controlling O’Gara and cutting out the Irish threequarter line in the RWC11 quarter-final , and in the second half you could see that the English defense had been well-briefed  over the break on how to take care of business in the same fashion.

They only conceded three kickable penalties in 80 minutes of rugby, in a game played away from home in difficult weather. Not giving away a kickable penalty in the first forty minutes was extremely impressive, a testimony to Andy Farrell and the belief that the young English players have in each other and their coaches’ systems.

It also had a significant effect on the shape of the game. Ireland were hamstringing themselves with handling errors, and the English defence weren’t giving them anything cheaply. The team in green had more of the ball, had the more reliable set-pieces, won the territorial battle, were penalised less often, ran for more metres, made more clean breaks, beat more defenders … but they couldn’t get on the scoreboard, and they couldn’t really generate any momentum.

Simon Zebo broke his foot running sometime around the tenth minute; Jonny Sexton pulled his hamstring kicking a ball on the ground after about half an hour.

These are just random injuries – there’s no explanation for them. There was no foul play involved, no unfortunate collisions or brave tackles … the two lads just got injured doing things that they do every single day.

While his replacement Keith Earls did a fine job and looked dangerous with the ball in hand on a couple of occasions, Zebo’s loss was perhaps a bigger blow than just losing his on-field abilities. Because of his recent explosion on to the rugby world’s consciousness and the willingness of the crowd to get themselves involved any time he looked like coming near the ball, something intangible but genuine was lost. Wow, that sounds like complete spoof, but you know what I mean.

Sexton limps off with a strained hamstring. Two seasons ago, he and ROG were neck and neck; last year, he took control; this year, he’s irreplaceable.

Sexton’s loss was significantly more tangible. A breaking threat, a long kicking game, a rock-solid defender, a playmaker who can get his backline moving … O’Gara is a step down in all these categories at this stage of his career. It’s not entirely his fault, by any means: he’s less than a month shy of 36 and he doesn’t pick himself [although the second point is moot, because he would if he could].

Declan Kidney’s comments to the media are usually so bland as to be meaningless, but The Mole found himself in the strange position of nodding in agreement reading a quote in the paper yesterday morning: we’re still in this tournament, and with a dollop of luck we could still be in the reckoning for the title on the last weekend. Wales are a confidence team, and despite the fact that their game against France was almost unwatchable, they got themselves over the line – that will give them a huge boost, and likely make sure that they’re still competitive on the last day of the tournament, when England travel to the Millennium Stadium.

With Ryan Jones back from injury and Alun-Wyn Jones to return in the second row, their pack will be significantly better-equipped to take on the English eight … all the moreso if Howley doesn’t succumb to sentiment and pick the out-of form Sam Warburton over the in-form Justin Tipuric. With a Lions tour in the offing, there’s still a huge amount to play for on an individual-by-individual basis, so expect that to be a massive clash.

On a final note, The Mole would like to commend French referee Jerome Garces on his performance. It’s often said that if a referee goes unmentioned in match reports, he’s had a good game. While Garces wasn’t perfect [he didn’t referee the offside line well, for one thing, and he also missed Healy’s blatant stamp on Cole’s ankle] he dealt with a testy atmosphere very well. Kudos!