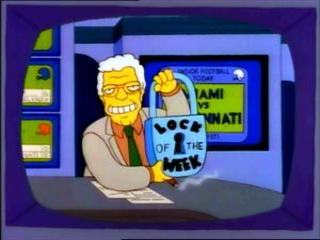 You shouldn’t forget how poor Scotland were during the Six Nations – they lost every single game they played, and the English team they faced in their first match of the tournament was absolutely appalling. When you’re talking about Scottish internationals [and it pains me to say it], you’re not automatically talking about players who are first rate internationals.

Ross Ford, Dave Denton and Ross Rennie are all potential Lions candidates when at the top of their respective games, and Tim Visser could well be a bolter once qualified. There are some very good players in this Edinburgh side … but there are quite a few who are unproven at a high level: the second rows, the centers, the fullback and most of the players on the bench.

It seems to me that Ulster’s strengths are better distributed through the team. Both sides have decent first choice front rows and good backrows, but Ulster will have an advantage in the second row, and crucially they’ll have a big advantage in experience. In the province’s quarter-final starting lineup they could call on no fewer than eight players who had been to two Rugby World Cups: Rory Best, John Afoa, Johann Muller, Stephen Ferris, Ruan Pienaar, Andrew Trimble [all ’07 & ’11]; Paddy Wallace [’03, ’07 & ’11] and Stefan Terblanche [’99 & ’03]. Three of those players [Pienaar, Muller and Afoa] were part of World Cup-winning teams. Even with Afoa out, that’s still a lot of quality and a hell of a lot of experience.

Chunk Jacobsen [64 Scottish caps] and Ross Ford [59 Scottish caps] are very experienced internationals who have each been to two World Cups, and somewhat surprisingly Mike Blair has been to three [the same three as Paddy Wallace], but there are no World Cup winners there, no guys who have captained South Africa [as Muller has] or have racked up more than a half-century of Springbok caps [as Pienaar has]. Talei and Visser are both talented players, but it’s not just talented foreigners that Ulster have in their team: it’s talented foreigners with a huge amount of experience who can provide leadership in tense situations.

4 thoughts on “Lock Of The Week: Ulster vs Edinburgh”