From an English perspective, it has been a hugely encouraging Six Nations:  the team improved with every performance, won four out of five games, were narrowly [and somewhat controversially] beaten in the single game they lost and finished with a resounding thumping of a team who have had their number in recent years.

There are so many negatives to dwell on from an Irish perspective:

At Least We Won Our Two Wins Well, Right?

A decade of Six Nations results will tell you that Italy are a tough enough game at home but pretty appalling away from Rome; Saturday’s performance will tell you that Scotland are simply abject. Home wins over those two teams? The Mole is reticent to be cast in the ‘demanding fan’ role, but you’d imagine that those in positions of authority at the IRFU consider those games as bankers, must-wins.

He Who Dares, Rodders

The Six Nations was a triumph for relatively daring, innovative coaches [Gatland and Lancaster] and a trying course for staid, conservative ones [Kidney and Saint-André].

Kidney ‘gambled’ on keeping together a team that had done reasonably well in RWC11 [they were very poor against the US Eagles in the first game and patchy in the quarter-final against Wales] in order to milk one more big tournament from them and in the end failed … and failed abjectly.

A Case For The Defense 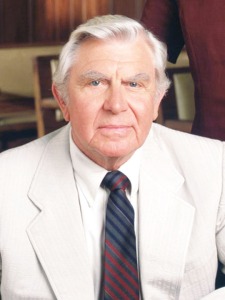 "Save us, Matlock!"
"If Chewbacca is a wookie, you must acquit. Just ask my good friend Declan. Four more years!"

In the coach’s defense, you have to take into account that they were forced to play four tests in a row against reasonable opposition because of a ludicrous logistical snafu, and that they suffered the loss of their captain mid-tournament. Brian O’Driscoll’s absence is mentioned in the same breath as Paul O’Connell all the time, but all the players involved in the Irish squad knew that he wouldn’t be a factor from four months before the tournament kicked off. While they missed the leadership, his absence was ‘a known known’ [to quote old Rummy].

In terms of yesterday’s result, with specific reference to the huge toll exacted from Tom Court’s scrummaging, who else was there to pick as substitute prop? Who has been banging down the door for selection as a prop who can play both sides? Arguably Ronan Loughney of Connacht has done enough at tighthead [having played most of his career at loosehead] to deserve some more recognition, but he has had some seriously tough days in the No3 jersey in the HEC this season, and is nowhere near Court’s standard as a loosehead.

The Remorse of Emperor Nero After The Murder Of His Mother - John William Waterhouse, 1878

That’s probably enough defending Declan Kidney, or at least making a case for his defense. In The Mole’s opinion, it has been a poor campaign for him as a coach.

The same player has been selected every game at Nos. 15, 14, 12, 11, 10, 8, 6, 4, 3, 2, 1 … Kidney has only started 19 players in five games. McFadden started at No13 for one game [because there was an illness in Keith Earls’ family, Earls having been initially named in the starting VX]; Reddan started at scrum-half for the two games after Conor Murray injured his knee; Peter O’Mahony started @ No7 for the game against Scotland when Sean O’Brien was in hospital with colitis; and Donnacha Ryan started @ No5 for two games when Paul O’Connell was ruled out for six weeks with a knee injury. There’s every possibility, given the rest of the selections, that if none of these illnesses or injuries had occurred, the same XV would have taken the field in all four games … despite four of them being played in 23 days. 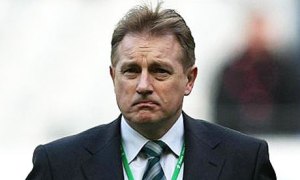 "You know what they say Deccie - if you're given lemons ... you've got to bite down on them and look in the mirror when your face shrivels up in distaste. I don't always talk in clichés, huh?"

The ‘teacher’s pet’ syndrome is more entrenched now than ever it was under the much-maligned Eddie O’Sullivan. With two wins from five [and both of those achieved at home, against teams who were battling each other in the last game for the wooden spoon], sticking with the same squad is a very, very poor return.

The unfortunate truth is that there’s no other way of looking at this Six Nations than as a waste. What was achieved? A good finish in the table? No. A good series of wins? No. A big victory over a team who had our number? No. Giving starts to a new generation of players? No.