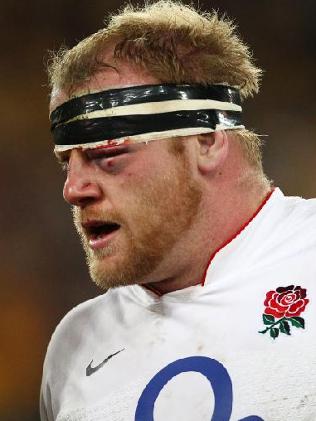 When England beat Australia back in June 2010, Dan “Little Joey” Cole was about the best forward on the pitch. He had made his debut in the 2010 Six Nations as a 22 year old tighthead, succeeding World Cup-winner Phil Vickery, who had held the jersey down since 1998 [give or take a few spells out due to injury], but it was that win in Sydney where Cole made his bones: he had just turned 23, it was his seventh cap and it looked as though England had found a new tighthead anchor for the next decade.

Then he went a bit sh*t. The workrate that he had shown in his first season as an international seemed to lull, he couldn’t command a starting place at his club ahead of Castrogiovanni [there’s no shame in that, but it had an effect on his form] and most pertinently – and most obviously – he became an absolute penalty machine.

This was particularly noticeable at the World Cup, where England’s on-pitch indiscipline was every bit as big a problem as their much-ballyhooed off-pitch indiscipline. Cole’s viking beard and look of grumpy disgust were a favourite of the New Zealand cameramen … even though his propping partner Matt Stevens was penalised more often, it was Cole who became the poster-boy for England’s penalty-concession free-for-all.

Maybe it was the “us against them” attitude in the English camp engendered by the press ratting out HRH Tins-upon-Turnpike, or maybe it was a more deep-rooted “nobody likes us, we don’t care” mindset promoted by the Leicester element that was at the heart of both team and management. Whatever it was, it looked like Cole bought into the bully-boy ethos and forgot that when you play good teams, you’ll generally have to beat them by playing better and smarter than them, rather than merely looking meaner than them. It seemed that his early promise might go unfulfilled, or might even have been a flash in the pan.

However, the new coaching team seem to have energised him, or challenged him, or done something to get the best out of him. There has been no better prop at the breakdown in this Six Nations, even work-glutton Gethin Jenkins. Cole has shown improved technique and consistant effort over the tournament and, coupled with the genuine grumpiness and aggression that he showed in the Johno “Johno” Johnson days, he has become a serious force that opposition teams have to deal with at breakdown after breakdown. He’s there to slow and compete as much as steal, and it means putting yourself in harm’s way time after time. It’s not a case of getting to the breakdown and finding somewhere comfortable to hide out, it’s about getting there, being a nuisance and almost invariably getting reefed out by your neck, lined-up and smashed by somebody with a grievance or get shoed to bits. Whichever it is, he keeps coming back for more.

Cole is setting himself up well for a trip with the Lions to Australia in 2013. The Wallabies don’t offer the same threat at scrum-time as the Boks did in 2009, so there’s every chance he could usurp heavyweight Adam Jones in the pecking order for a starting test spot, given his outstanding work rate.

1 thought on “Get To Know An Englishman: Dan “Little Joey” Cole”