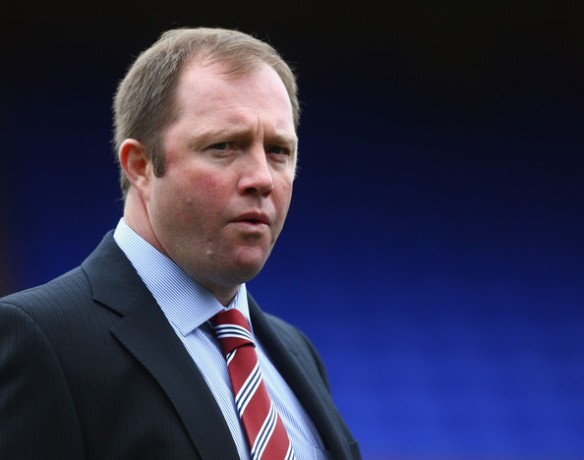 Tight-lipped, ashen-faced supremo Ron Knee, 59,* is to leave Munster at the end of the season

Has Dumper become the dumpee? Or has the poker-faced Aussie dumped an expectant Munster at the altar? Regardless of the circumstances, we’ll plow on with the obituaries and speculation; after all, this is the internet. What do you want, sources? I’m afraid you’ll be a long time finding them. Try Fergburger. Or don’t.

The Mole is a bit of a Dumper fan. Everybody who has met him in person says that he is an extremely nice fellah who knows the game inside out; the phrase “doesn’t suffer fools gladly” is often used as a euphemism for “grumpy bastard”, and while McGahan doesn’t appear the most effusive post-match interviewee, nobody who has met him has a bad word to say about him. I’d say he’s had to suffer at least some fools gladly, as well.

Now, that’s an outsider’s [i.e. not a Munster fan’s] view of him; dare I say it, an objective view. Things change once you venture south.

McGahan is seen in some vociferous circles as the man who has tried to change the Munster style of rugby, the blow-in who has marred the founding principles of how the game is played in the province. He’s the Aussie who has set out to knock down the temple of pick-and-jam, kick-the-corners, maul-over-from-the-set-piece, the tenets that brought Munster to the knock-out stages of the Heineken Cup year after year after year.

His failure to progress to the quarter-finals in 2010-11 has been used as evidence of his supposed ineptitude, and the loss to Harlequins in Thomond Park in the Amlin Cup semi-final was headlined as the nadir of Munster’s decade. In truth, he has been a marked man since the surprise loss to Leinster in the 2008-09 Heineken Cup semi-final, and every defeat has been used as a stick with which to beat him.

While there’s some truth – or if not truth, at least resonance – in these accusations, The Mole thinks that McGahan has done a solid, B-grade job.