In the early pre-season, Mole Towers got a glimpse online of one of rugby’s most outrageous sights, but what with all the hubbub and clamour of the World Cup, followed by a typically enthralling Heineken Cup group stage, we forgot all about it.

That was, until Saturday afternoon, when we were mentally standing up for the Ulstermen as they stood up to the challenge of the Stade Marcel Michelin.  We ogled over Ulster’s sexy, old school Stade-Toulousain-esque red and black get up against Clermont. 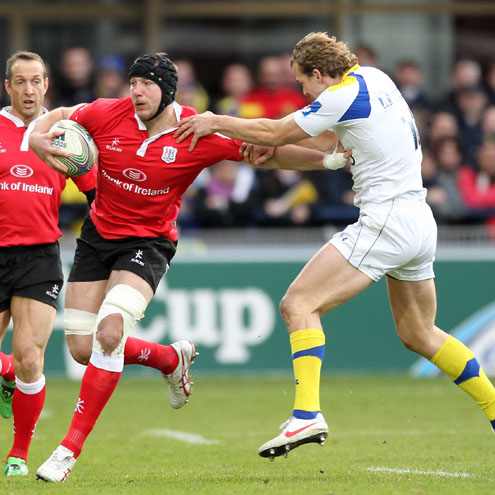 That was when, suddenly, it dawned on us: wait, don’t Ulster have a different change jersey?

Yes – and it’s literally the most ridiculous thing ever. Just take in this beauty. Here’s hoping they debut it at Thomond in April. 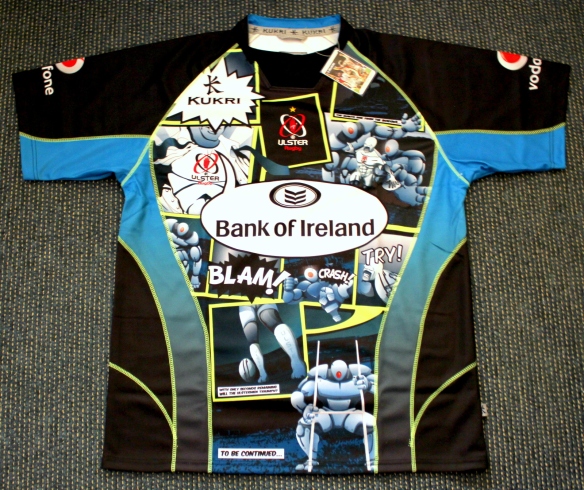 P.S. I really like the robot saying “Bank Of Ireland” as well as the onomatopoeic “TRY!” sound over the left rib area. And of course the to be continued. I can only imagine an opposition winger letting Andy Trimble barge past him so he can find out what happens on his back.

4 thoughts on “My eyes! The goggles do nothing.”