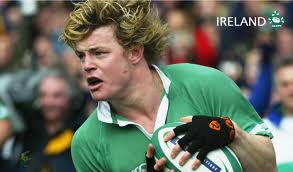 Gordon D’Arcy: Fell asleep on the blindside of a ruck and created an uphill struggle. Nuff said. D’Arce rolled back the years against the Italians but that’s not a cast iron midfield.

Must Do Better: It’s been a while since the dancing feet cut midfields asunder with regularity. Under Joe Schmidt, the hands have improved and the work rate is good. Whether its flexibility, power in the hips or quick feet, bring back that jinking style.

Brian O’Driscoll: The great man looked to be carrying an injury throughout the World Cup and seemed to protect his shoulder in some games, particularly against America. Not as quick as in years gone by but still an incredible competitor. There was a vignette against Wales, near the end of the game where he came in, dislodged the ball and hacked it ahead. He had no right getting near it but almost got there. It was just one of those little moments in a game when O’Driscoll looks better than everyone else.

Must Do Better: Fix the shoulder as best as possible and set the sights on how to best end what has been an incredible career.

Paddy Wallace: Looked good against Russia, full of football and clever angles. Wallace was never likely to start one of the big games.

Must Do Better: A very talented footballer who never nailed down a position to call his own, Wallace could become a senior pro and mentor to the Ravenhill backline.

Fergus McFadden: Was he picked a centre or a winger? Will Luke Fitzgerald’s emergency cover in the midfield mutate into a full time roll and deprive McFadden of consistent game time in his chosen position? Played on the wing against Russia and scored a try but didn’t challenge for a place in the first team.

Must Do Better: He can place kick very well, he tackles well and he runs hard and straight. McFadden needs a bit of luck with injuries and to consistently play one position. Decision time for his career may come at the end of the season. As a first choice place kicker and inside centre, he would be a very valuable member of a team. Is he likely to get that with Leinster? If he didn’t stay, where would he move to?