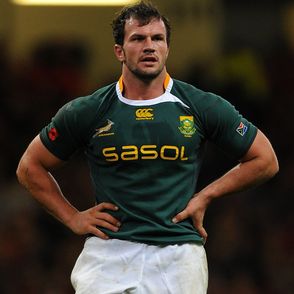 Crazy Piet has made a few headlines over the years with his post match comments. You know the kind. As with many appointments in post-Apartheid South Africa, there was some consternation that he had been appointed partly because of his colour rather than his ability. However, PdV is no fool.

At 1.65m and 70kgs he is not a big man and played rugby during the Apartheid era, when it was the calling card of the Afrikaaner. He survived that, coached successful underage Bok teams and got to the top of the tree so you can take a guess that Crazy Piet is a tough little bugger with some political nous.

His Bok team arrived in NZ having lost their away games in the Tri Nations ignominiously. Now it looks like Crazy Piet was protecting his players, who are a veteran bunch, from the travel demands placed on Saffa teams going to the Antipodes. Their opener against Wales was a tense affair and one that they should have lost but when the questions were raised, the Boks were able to produce an answer. They face Samoa tomorrow with what looks like a first choice team – Bismarck starts for the first time – and Mole expects them to give Samoa a good hiding.

Samoa start Census Johnson for just the second  time. Their fixture list was tough and questions have to be raised about whether it was wise to start so many first choice players against lowly Namibia. Balancing this is the fact that it is very difficult for the Samoans to get warm up games and they needed a run to get their combinations clicking. However, the match against Wales was always going to define their World Cup and they came up short.

Der Bokke? They look in commanding form. The Mole said in an earlier article that their squad is the strongest at the world cup. Aside from winger, where Crazy Piet has taken a leaf from Ted Henry’s book and opted for solidity rather than pace, they have outstanding depth … and they look to have quickly hit form after a curiously standoffish start against a ravenous Wales. You can take the line that it’s easy to look good against Fiji and Namibia, but the Mole reckons their form is legitimate.

The bookies have it +18, but the Mole reckons that South Africa will put 33 points between themselves and the islanders.

*We’ve gone a bit RugbyDump and included a rake of big runs from Henry Tuilagi against the Boks the last time out, even though he’s not playing this time round. Bosh.