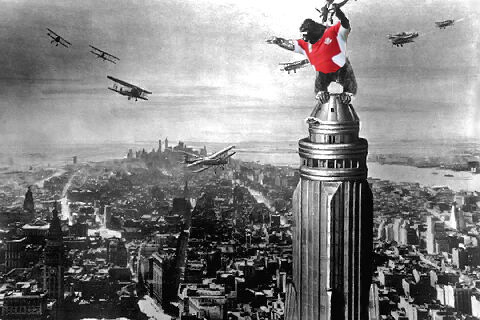 For those of you who didn’t get to see the Setanta broadcast of the hard-fought but error-ridden game between Georgia and Romania – a high-concept crossover between Over The Top [a film about arm-wrestling] and Ireland’s 2011 Six Nations match against Italy [a film about knock-ons] – you missed some absolutely cracking commentary from the NZ host broadcaster. Some gems below:

“He got him in a Jake the Snake headlock!”
“Awwwh, he’s got a megaboot on today!”
“He looks like the type of fellah you’d see at the top of the Empire State Building with Fay Wray in his mitt!”

The Kiwis were in rare form today, and in fairness to the lads, I think their commentary to date has been uniformly good. This was a sparkler, though!