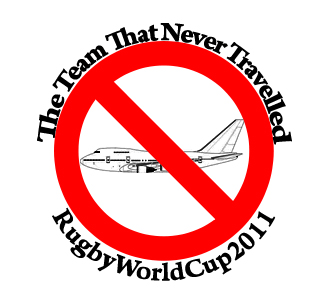 Jerome Thion [France]: Thion is in the prime of his life as a second row: 33 years old, 115kgs, 45 starts for France and two World Cups. The Biarritz man has locked the French scrum with Lionel Nallet in a lot of big games but has been surplus to requirements since the defeat to Italy.

After that game, Clouseau blasted his players:

“In terms of the tactics deployed, it defied belief. I did not recognise anything in their performance that we had worked on.

“Do you really think that I told them to play as they did against Italy? I was ashamed. I do not have the impression we asked them to walk on the moon. I do not ask for complicated things.

“This match was an hallucination. I do not want to clear myself from the blame but they invented things on the pitch.”

Not from the Alex Ferguson school of management, so. Thion seems to have been labeled a surrender monkey by his gaffer, quite a fall for a former captain of France. The French are well served by second rows but Thion is tall timber and there are many others who’d love to have him on their side.

Chris Jack [NZ]: Jack is another two time World Cup veteran who could easily be lacing up his boots in this tournament, particularly considering that Brad Thorn is older and still manages to be one of Graham Henry’s prefects.

Maxime Medard is currently rocking the best mutton chops in world rugby but for a number of years, Jack was the heir apparent to JPR. The 67 times capped Jack was NZ Player of the Year in 2002. However, Jack wasn’t in the team that lost to France, Ali Williams and Keith Robertson getting the nod for that chapter of NZ RWC history. He, like many of his peers, went on his travels after the 2007 World Cup, pitching up at Saracens.

“As a person with a young family, All Black rugby is just too tough. You are on the road for three to four months and that’s not fair on them. All that travel and pressure really impacted on my decision to come here.” Jack remedied his travel woes by moving on from London after two years, before signing for Western Province in South Africa and then Canterbury. Reports in NZ have Jack eyeing up a move to Japan – the Land of the Long, Green Yen – before retirement.

The reason he left London? “I’m not going back just to muck around. If I wanted to muck around I would have stayed up there,” he told reporters in Sydney.

“I want to come back and I want to play well. If I wanted to play easy rugby I would have stayed up in the northern hemisphere.”

“The (English) Premiership gets a bit tough after a while of the same sort of stuff. It’s good to play some rugby that’s enjoyable.”

Jack has more caps in the NZ second row than Colin Meads. Meads had a better way with words though.

Steve Borthwick [Eng]:  Borthwick was Martin Johnson’s choice of captain for the first two seasons of his managerial tenure. Despite many press grumbles, Johnno wasn’t for turning and stuck with Borthwick until Courtney Lawes came off the bench in England’s last match of the 2010 Six Nations. Lawes replaced Lewis Deacon and was chosen to go on tour to Australia.

Johnson chose to blood Lawes and Youngs with their first test starts on that trip, many miles away from the suffocating media attention endemic to English rugby. Since then Borthwick has been surplus to requirements. Johnson, who stood by his captain as he sought to bring consistency of selection to les Rosbifs, axed Borthwick ruthlessly. His international decline hasn’t been replicated in his club form and he captained (a Chris Jack-less) Saracens to their first Premiership title in 2011. That still wasn’t enough to get him on the plane ahead of Leicester mutant Lewis Deacon.

Mick O’Driscoll [Irl]: Mickodrick mightn’t seem like the most obvious absentee. However, the Cork man was Munster’s Player of the Year in 2010 and since his return from France has been in the form of career. A fine lineout player, O’Driscoll has also added some ball carrying skills as well as captaining Munster. In fact, the Mole believes that he has outplayed Bonpensiero O’Callaghan for the last two seasons but there’s been no shifting every coach’s favourite from the starting spot in either Munster or Ireland. If only Micko had a surname that began O’C rather than O’D.

Flip van der Merwe [SA]: His old man is Flippie van der Merwe, a bearded mountain who missed out on international cult status because his Springbok career coincided with South Africa’s isolation due to apartheid. What a victim.

Jason Eaton [NZ]: Eaton was plucked from obscurity by Graham Henry to tour with NZ in 2005 and made his test debut against Ireland where he effortlessly caught winger Anthony Horgan from behind. Understandably it marked the end of Horgan’s international career but there hasn’t been too much more from Eaton either. Named the International Rugby Players’ Association’s (IRPA) international newcomer of the year in 2006 (joining Richie McCaw, Brian Habana and Pierre Spies among others), Eaton then made a return to relative obscurity. He suffered a knee injury in 2007 and then grew some awesome facial hair. He looked like a taller Tom Hanks in Castaway and was selected like him as well. This season though, he looked to be back to his best and was prominent for the Hurricanes throughout the season.

2 thoughts on “The Team That Never Travelled: Part Two, The Second Row”